It's Been A Good Day 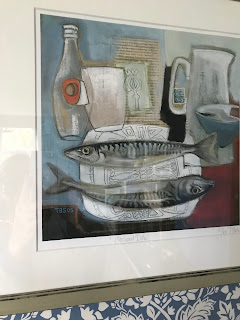 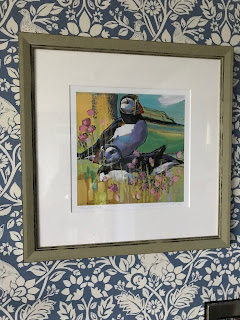 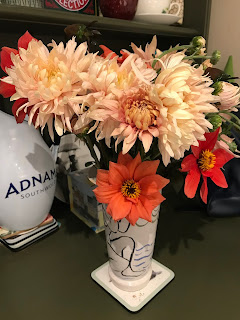 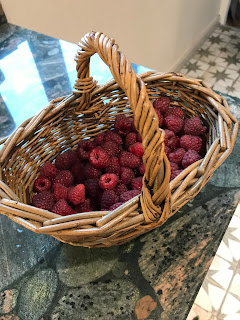 At times I think I can be guilty of focusing on the things that have not quite gone to plan. Coming up against negative or rude folk we meet on a day to day basis, can spoil our own sense of well being. For instance, yesterday I had to do an emergency stop to avoid hitting the chump who pulled out in front of me at the last minute into a space that did not exist. But let us not dwell.

Today has been a great day. I had a wonderful 40 minute swim and 20 minute pool exercise, which feels great. I picked a bumper crop of raspberries, some I will freeze. And FINALLY my Chrysanthemums, (yes, I did have to get the dictionary out for that one), have flowered. The Mr also helped me hang the two pictures I bought on holiday in The Scilly Isles. I will post about the Isles soon as they were most extraordinary.

Don't let the current dark and mizzle weather get you done my lovely readers, we can make our own sunshine in our collective blog world. 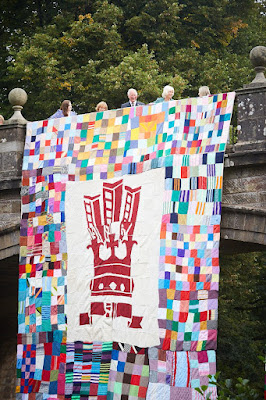 I have no idea how much media coverage this kindly art installation has received. But I'm glad I did spot the unveiling on Facebook. During lockdown I heard about this initiative to get folk back to knitting and also to encourage people to take up knitting. As I understand it knitting skills are slowly being lost and that would be such a tremendous shame.

The Prince's Foundation is at the heart of this idea and so Dumfries House put out a call to knitters all over the world to contribute. Knitted squares arrived from Italy, Belguim, Tasmania, United States, Canada and Derbyshire. The ones from Derbyshire were knitted by me! I can't spot them in the photo, but I'm pleased to think they are part of the installation and I believe the squares will be donated as blankets to the homeless this Winter.

For The Love of Films

As you may have noticed dear reader I am a girl of eclectic tastes. Last night the Mr and I poodled off to see the latest Timothy Spall film, The Last Bus. It was a slow story, intimate and moving and I really enjoyed it. I feel as though I now know every cm of the actor's face. Every nuance was amazing. We watched it at my favourite cinema, which is about 30 minutes from us on a good run. 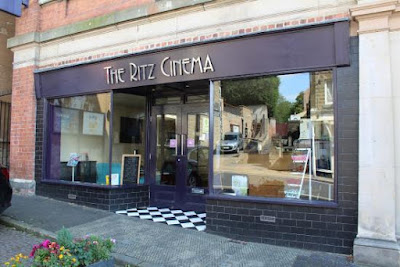 We have recently become members, as we wanted to support them and also because we want to see more films this year. You may have guessed it has a distinct art deco vibe, with lush seating and a big screen. They also serve tea and cake and wines, beers etc. I like to book a sofa and my favourite one is called Fred & Ginger.

I'm waiting on booking the new Bond film, all very exciting. Are you all going?

A bit more of Ghosts, I do love them so.

It's been a busy few days, what with one thing and another, I'm hitting the gym and pool as often as my body will allow and I've started the awful job of painting the garden railings. So a good helping of double pain. Productive though, one hopes.

On a brighter note my lovely mother in law picked two huge bags of damsons for me and so I was forced to make a huge muffin cake. I've never cooked with damsons before and I didn't want to make jam so consulted Google and found a Delia Smith on line recipe. It turned out really well and I think is a much better idea than individual muffins. It feels a wee bit healthy too as it has fresh damsons in it and roughly chopped almonds on top. A great breakfast choice with a strong coffee. 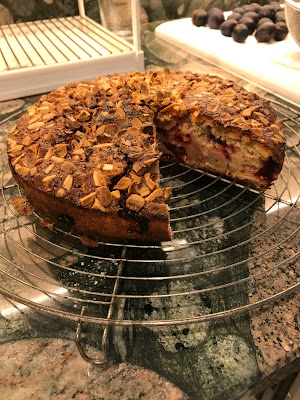 After all my exertions yesterday I decided a cosy up and an old Hitchcock film was the order of the day. Tea and cake also featured. To Catch A Thief was on the telly box and as I haven't watched it in years I really enjoyed it.

Oh the swanky glamour of Cannes, Cary and Grace, unbeatable. 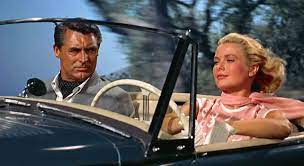 And the best line of the film came when Grace Kelly (Frances Stevens), turned to her mother, Jessie Royce Landis (Jessie Stevens),  and says as they enter the 18th century masquerade ball scene , " my nerves could stand a drink", and her mother says, "your nerves and your mother". 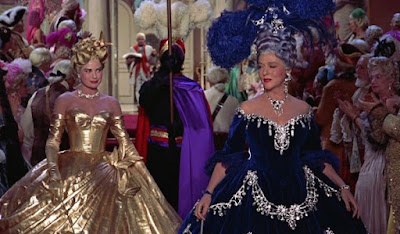 Who else loves spotting Hitchcock? 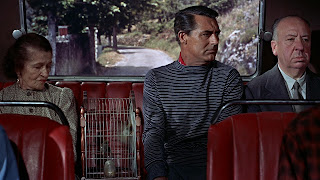 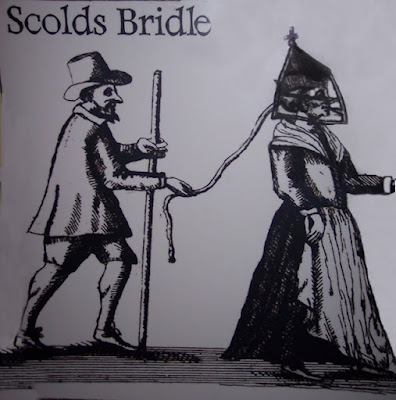 Now come on, it's not nagging it's Operational Directions Management. Have a good bank holiday weekend folks.
at August 29, 2021 6 comments: 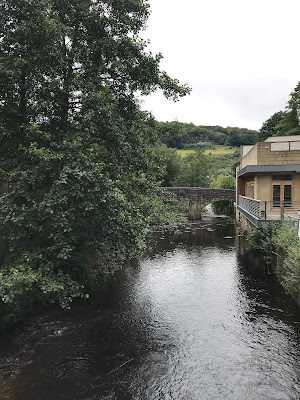 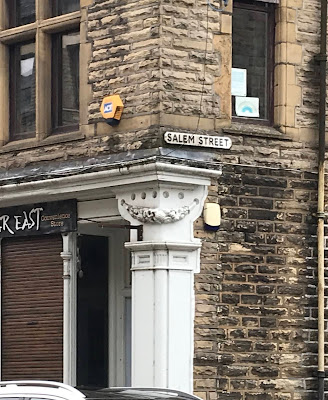 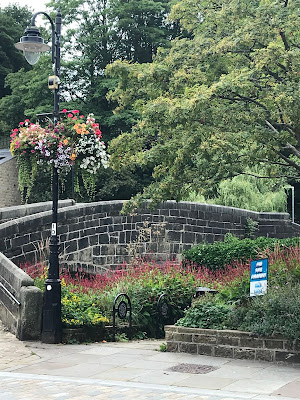 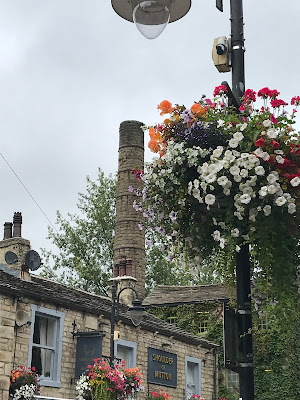 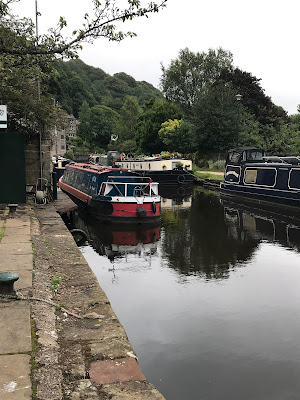 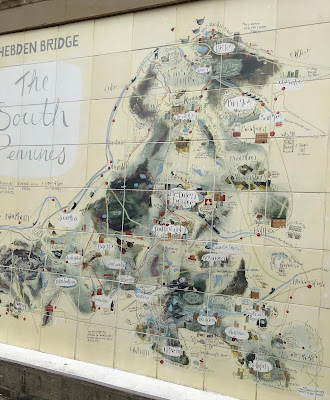 The Mr and I recently explored Hebden Bridge for the first time and enjoyed ourselves so much we've promised to return and spend longer there. Perhaps take a boat out on the canals for a day and visit the fab old bars and pubs in the evening. It's a boho kind of a place with an old spirit. Lots of nooks and crannies and interesting shops. 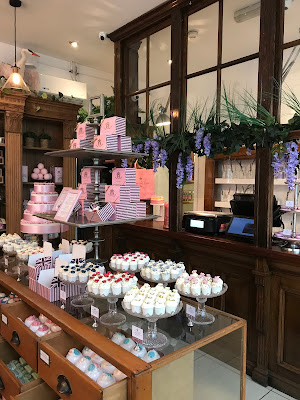 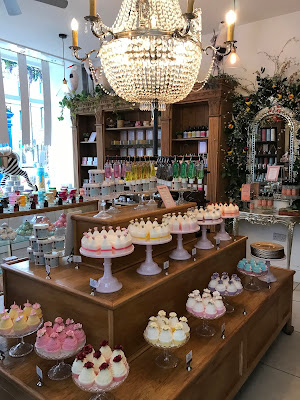 I made a few purchases in The Yorkshire Soap Co shop, mainly presents for folk but I did buy some rhubarb and custard tiny bath bons bons for myself.

Walking around the town I spied many facsimile blue plaques stuck to windows on commercial and residential properties, such a nice idea. 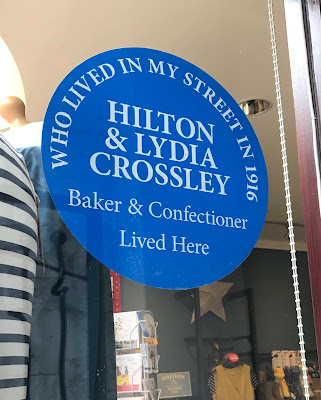 We pushed on to Halifax after and had an equally splendid time there. I'll tell you about that in my next post.

Are you all watching the fabulous BBC sitcom 'Ghosts' on the telly box? I bloomin love it. Season 3 is on just now, but all episodes are available on Iplayer. I adore all the characters, but Lady Button is my absolute favourite. She's very helpful in letting us know what a lady does and does not do.

Morning (just) dear readers. T'would seem my readers list has disappeared from my blog. I have added  a few of my dearest blogs to my sidebar so I can keep up with all the news. I suspect I have missed some of you good folk out. I will add blogs as I remember them.

In other news I have rejoined my local gym and pool, a 3 month trial period, just in case I lose interest, which let's face it is quite possible. I had a lovely 40 minute swim on Thursday and this afternoon I have booked a gym session. A jolly good start.

My little bit of joy for today.

How funny is this? I can just imagine Morgana loving this, keeping her beady eyes on her humans. 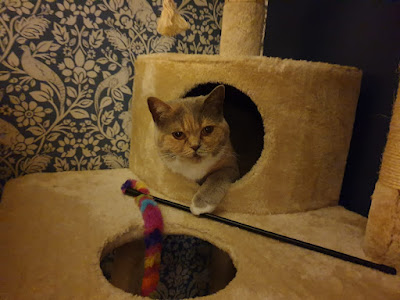 Yes, that's me, very naughty. I'm not sure what has happened to my good intentions of blogging more, seems quite the opposite has happened. I have told myself off, I really must do better.

In the news today, I have just won a smashing book on a blog giveaway. Which makes me super happy. 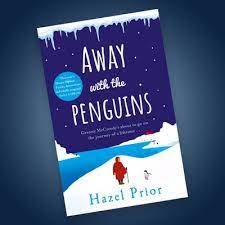 The lovely Maggie of the Black Country Wench blog has selected me to receive this gift, which will be coming with me on holiday soon. Blog giveaways are such a nice thing to organise. Thanks Maggie.

Morning my lovelies. The weekend is almost here. I've found something to get your pulses racing and your hairs tingling. Have a good one.

It's Been A Good Day

At times I think I can be guilty of focusing on the things that have not quite gone to plan. Coming up against negative or rude folk we me...

Shrimpton and Perfect
I try to lead the best and most enjoyable life possible without waste of any kind. I'm thrifty, I love a bargain and I adore all things vintage and antique, I'm really happy to be sharing it all with my fellow bloggers. I live with my super lovely husband and we have a wonderful son who is out in the big wide world.